This second-generation manufacturing business was started by two siblings whose children also work in the business. The two owners are nearing retirement age and are at a loss about how to retire.

Currently, both put in between 50 and 60 hours per week in the day-to-day operations within the company. One of the “children” works in operations and the other handles back-end functions that includes many of the financial reports. Both “children” are single and have never worked for an organization other than the family business.

Overall, the majority of the 30 employees are in their fifties and sixties. There are several gaps in the organization that the current owners try to fill on a part time basis. Neither owner believes in the budgeting process.

Orders are accepted to keep cash flowing into the business. The owners have a robust emergency savings account and line of credit. They do not have a strong sense of fixed or variable costs. While there is not a great deal of turnover, there is a very real challenge in hiring new people to support growth.

Decisions are made in isolation. Each owner has a silo of authority with crossovers resulting in disagreements that get loud and have a negative impact on the employees. The second-generation “children” try to avoid the conflicts, accepting more responsibility, and engage in behaviors that the owners dislike.

Today, the company is using tools for conflict resolution, structural development tools for budgeting & financial analysis, operations analysis, tactics for creating psychological safety, talent optimization, and leadership development. While there are very real challenges ahead, this family has taken steps to course correct to increase profitability and to add value to the business.

Client Feedback:
“We appreciate all you have and been doing for us … your time was so well appreciated. You have no idea how much light you’ve shed.”

Third generation family business run by three siblings. Their father retired some years ago but continues to influence the business in many ways. For years, he visits the office often. He felt free to criticize, make fun of and stand in the way of changes made by his children.

The three “children” were feeling trapped, burned out, and extremely stressed. Two refused coaching, but the third has utilized Ascend’s services to the fullest.

Two of the three children served in seats that did not play to their strengths. The father misassigned the CEO role. That had a huge impact on the power structure and decision making within the leadership team.

For years the company was led by a someone who didn’t want the responsibility of leadership. His siblings covered for him, acting as pseudo-CEOs. The two of them were seldom on the same page. There was confusion, a lack of accountability, as well as loss of revenue.

Today the company is led by two of three children, and the third has retired. The father’s health declined, and he recently passed away. His passing is mourned by his children and the community.

The company has reallocated technical and people resources to tighten systems and processes. There is accountability within the sales team. Despite the challenges of COVID, the company turned a profit last year. The two children who remain at the company are beginning to work together to lead the company into a new chapter.

This company utilized Ascend’s approach of leadership development and structural development to become a less stressful and more profitable place to work.

Client Feedback:
“Wendy Dickinson is uniquely skilled as a coach in both the psychological aspects of leadership/business management and in the very granular details of business operations. Rare to find those skills in any two consultants much less one person who can apply her skills brilliantly in both areas.”

Case Study: Leverage the opportunities that grew from COVID-19

Client Feedback:
“What I love about working with Wendy is the fact that I don’t feel the pressure to get it right or have all the answers as we bounce ideas off each other. We work together to come up with strategies of implementation. She is attentive and follows up with frequent check-ins to see how I am doing. I appreciate her calm voice of reason and affirmation for what I’m doing well, especially in these stressful and uncertain times. I trust her, and her advice has been spot on. She is prepared for every session and follows up with summaries after our meetings. Even in these times when money is very tight, I do not even consider cutting the cost of her coaching. I feel she is the one consistent, steady voice in my ear as we navigate through the present. My business and the community I am fighting so hard to preserve will come out on the other side of this pandemic healthier and stronger as a result of our collaborations.” 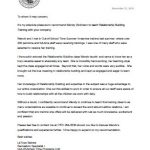 Going into this process I really didn’t think I was going to get as much out of it, as I did. I now have developed skills that will help me to not only better me as a leader, but as a person. ~C.B.
“YES! YES! YES!!! You have reignited a fire under me that I haven’t had since I was getting this up and running! You have no idea what you’ve done. lol Thank you for the article too...not taking selling off the table down the road, but here’s the shocker...you’ve made me think outside of the box that I had built myself into...so I want to try something different, but have NO idea how to proceed. That means I am exceptionally grateful to have you in my life for more reasons than I can count! ~K.G.
Wendy has been an immeasurable help as I transition a manager into one of my businesses, so that I may do more with another business- which is my passion. She has guided me through emotions and practical business steps such as interviewing candidates, creating job descriptions & much more. Wendy comes with a wealth of experience, not only because of her training, but also as a former business owner herself. I would highly recommend her to any business owner! I only wish I had begun sooner with her coaching. ~T.D.
You won't find a better coach than Wendy; to help you reach your goals I highly recommend Wendy! I was stuck. I couldn't figure out why I wasn't able to get out of my not-so-great-fit job. Wendy quickly helped me develop my values-focused approach to identifying actions that are leading me toward a much happier life. Wendy was very kind, caring, focused, professional, encouraging, and tough when she needed to be. Wendy was open to sharing some of her own personal and relevant experiences, which in turn, helped me open up about things I wasn't sharing because I thought they were trivial.... they weren't! I am forever grateful that I was able to work with Wendy to first help me to overcome the internal struggles that I didn't realize were there, and then to help me make career decisions that were aligned with my values and experiences. It's funny how so many things align, I now feel much freer and energetic since I worked with Wendy. And, my career choices have been wonderful as well! ~M.E.
Prior to my coaching experience with Wendy, I spent my days listening to the negative self-talk I had perfected over the years. I believed I was “stupid” and “worthless” and was unable to complete any project I started. I woke up every day angry. I used sarcasm as a vent for my anger. I isolated myself from family and friends. With Wendy’s help, I learned how to stop the negative voice which helped me gain confidence in my abilities. How? I quit listening by locking that ogre in the closet. I learned how to use the SiBerian North RailRoad (SBNRR) method of interacting with others. I Stopped, I Breathed, I Noticed if I was carrying expectations or if the issue was mine, I Reflected as to whether my response was correct and I chose how I wanted to Respond. My quick sarcastic retorts were gone. How could I judge everyone when that job was God’s alone? I learned that the authentic Helene can show up in every situation without anger or shame. My life had been rather dark since my mom died in 2012. I hid and became an angry scared little girl. Today, I am still mourning the loss of my mom and best friend, but I am able to face each day without so much fear. The voice inside that was constantly berating me is locked away. The real me is here now. In THIS moment. Life will never be an easy journey, but learning how to navigate life with a purpose that is God’s will can bring joy and glory to God. Peace can be achieved. I would definitely recommend this process to anyone who needs a gentle hand to guide them through the changes that they want in their lives. Wendy has helped me to restart my journey to become the person Jesus wants me to be. ~ H.D.
Wendy’s coaching transformed the way I think about looking for a job. I sought her help because at the age of 49 I decided to change my career path. I had spent 25 years in the same career and felt lost as to how to begin searching for a new career. At first I was hesitant, because I don’t easily share my personal feelings with others. Wendy was patient, kind and very empathetic. This put me at ease with sharing personal experiences that were potentially holding me back. The reflective thinking done through discussion and activities helped me to become more consciously aware of my talents and personal goals. We then used this knowledge to develop a tool. through which. I could explore new career opportunities. I now feel better prepared to find a career that will give me fulfillment. I am very grateful for her insight and coaching skills. ~M.C.

Disaster Preparation and Recovery for Any Size Business